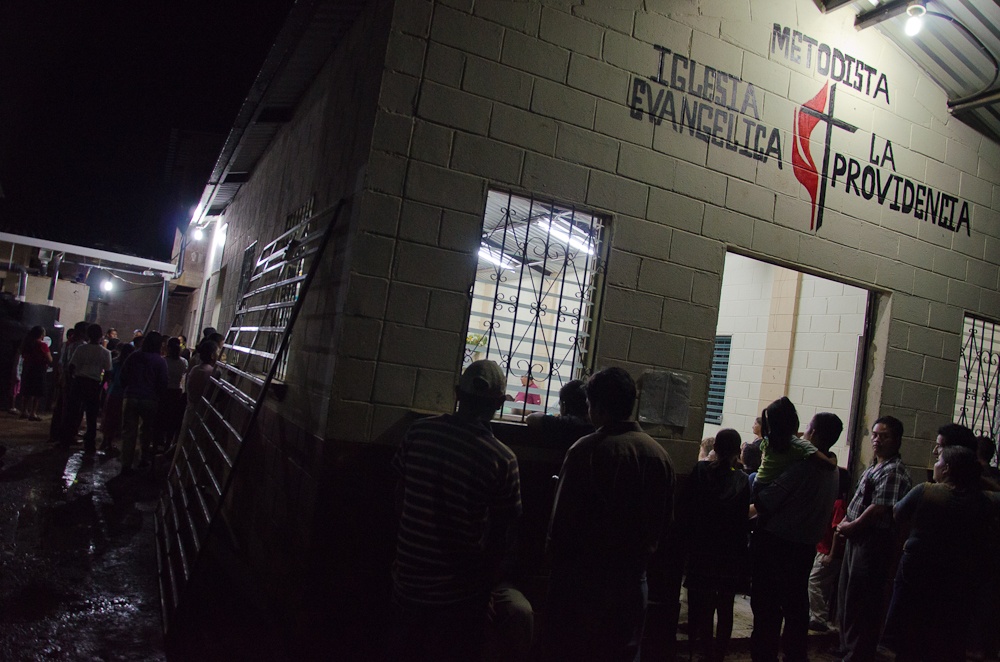 It wasn’t until years after my first experience with the global church that I began to understand how desperately Christians in America need Christians whose culture and language differ from our own.

This new understanding grew as I began to discover that Western nations are no longer the centers of the Christian faith that they were one hundred years ago. Traveling abroad, reading books about the current state of Christianity, talking with missionary friends, and looking around my community all pointed me to this reality. These facts from Mark Noll’s The New Shape of World Christianity helped me comprehend the magnitude of the geographic redistribution and growth of Christianity throughout this century. They also made me pause in amazement as I read them:

These facts can evoke a sense of unease and raise many questions in the hearts and minds of an American people who are used to yielding political, military, economic, and cultural power around the world. I’ve heard some Americans wonder what this shift may mean for the church of their grandchildren. I’ve talked with others who bemoan the way many global Christians take miracles, demons, and exorcisms in Scripture seriously, and I’ve encountered a few who would prefer to continue doing theology and being the church without regard to the shifting reality around us.

However, when I see this new rise of Christianity around the world, I see an exciting opportunity. I see an opportunity for the church to grow in faith and knowledge as we are given the ability to see the fullness of Christ more clearly.

Sharing our lives and the work of theology with these people, we begin to see the ways our cultural locations and blind-spots have shaped how we read and think about God’s story and its main character Jesus. We are also given the opportunity to see the story from a different perspective and gain insights we may have missed.

The renowned missiologist Andrew Walls crafted a metaphor entitled “The Human Auditorium” in his book The Missionary Movement in Christian History that I believe explains these ideas well. This metaphor has haunted me ever since I read it.  It is one of the most simple and compelling ways to express the American church’s need for our brothers and sisters throughout the world. I’ve paraphrased most of it here:

Imagine for a moment that you’re in a packed theater watching a play. You and most of your friends are seated in the same section facing stage left. The stage is huge and countless actors fill it with the passing of each Act. Every seat in the house can see the stage, but no one sees the whole thing. Seated facing stage left, you and your friends can hear actors entering the play from the left side before you see them. Those seated below the balcony have a hard time seeing the top of some of the set pieces. Others, seated in the balcony, have a birds-eye-view perspective that enables them to see most of the actors on stage at the same time. However, their seats make it difficult for them to see the detailed expressions on each of the actors’ faces.

Although everyone is watching the same play and hears the same dialogue between the actors, each seat has a unique perspective. Some people slouch. You may sit at the edge of your seat. Some people sit awkwardly trying to peer around the column that obstructs their view. A few gather during intermission with their friends from other sections and chat about the play in order to hear their perspective on it so far. One thing is clear: everyone’s seat in the theater determines his or her experience of watching the play.

Now, imagine that the play being observed is the drama of life and that you and everyone else in the human race has a seat in the audience. At one point in this play, there is an Act that is extremely vital to the plot. It’s called the Jesus Act. And like the rest of the play, the seats of all the audience members provide unique perspectives on the character Jesus and the developments in this Act.

In his explanation of this metaphor, Walls reveals that the seats you, me, and everyone else in the world inhabit are determined by a complex set of conditions: the country of our citizenship, the language we speak, our childhood experiences, those we surround ourselves with, and many other factors determine how we view the play. People who share some of these conditions with us may be thought of as those who are seated in the section around us. The location of our section in the theater may simply be called our culture.

Walls concludes, “We can only see, and it is essential that we do see, the Jesus Act in the theatre in relation to the play of life as a whole and in terms of the area of the stage we can see. That is, it is necessary that we hear the Gospel under, and in relation to, the conditions of our experiences and relationships, our environment and society—our culture in fact. Others seated elsewhere in the world theatre will see the same action, hear the same words; but their seating will enable them to see parts of the stage that we do not and will obscure some things which may seem to us crystal clear.”

As Christianity is translated into and inhabits new languages, cultures, and locations, the audience watching the drama grows.

As American Christians take time to listen to global Christians, form partnerships, and discuss the person of Jesus that we’ve all witnessed from our own locations, the church will have the opportunity to see Jesus and the cosmic drama that he is the center of with more fullness, clarity, and truth.

A renewed vision of Jesus discovered alongside of the global church is desirable and worthy of the work it will take. Yet, as Americans we must realize that this Jesus will likely challenge us with many questions and truths. He may remind us that it is easier for a camel to go through the eye of a needle than for a rich man to enter the kingdom of God. He may confront our models of discipleship that call for little more than behavior modification. He may ask us why we neglected the power of prayer and decided to attempt great works on our own.

Fortunately, if we’re faced with such a situation, there will be other Christians around us who can help encourage us and show us a better way.

Have you had experiences with churches and Christians from differing cultural locations? What were you able to learn from them?

Jonathan Anderson graduated from Duke Divinity School and serves as a minister at Hamilton Mill UMC in Dacula, GA. Read his blog at jonathanandersen.com