Why the “Wrong Side of History” May Be Right (Sometimes)

Why the “Wrong Side of History” May Be Right (Sometimes) 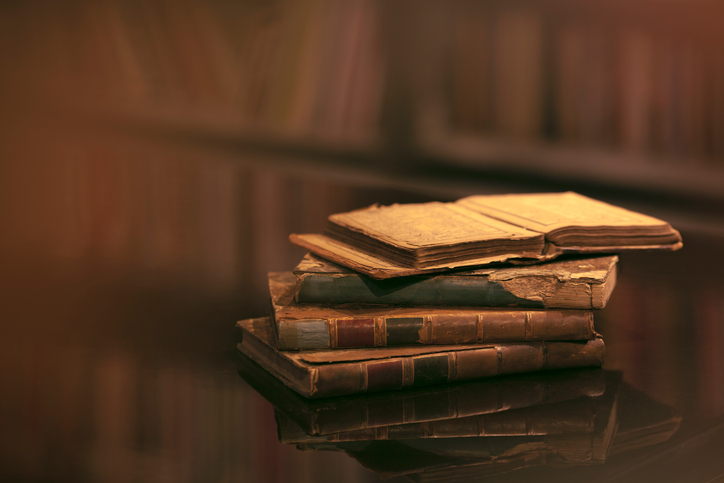 “History,” as the saying goes, “is written by the victors.”

Of course, the claim is hardly true in every instance. Still, it does bring up a problem with the progressive meme that those holding certain views on, say, morality or sexual ethics will invariably find themselves “on the wrong side of history.” But more on that in a moment.

The gist of the “wrong side” argument is that in past centuries, great evils were defended in the name of God and tradition—slavery, subjugation of women, and the ill treatment of minorities. Yet in time, we have come to see the vileness of such positions. Thus, the traditionalists find themselves “on the wrong side of history.”

There is some truth in this of course. Great wrongs were, and continue to be, defended under the guise of “God’s will” and the oppressive cloak of tradition. Yet the meme is hardly absolute. And in many cases, it is simply wrong.

1. “History” Does Not Render Moral Judgments

And that sounds less impressive.

While the current drift of cultural belief may be right, it may be wrong as well.

As some clever person recently observed on Twitter: when Paul was bit by a serpent the crowd assumed he was a murderer. When he did not die, they said he was a god (Acts 28). Beware of the emerging consensus.

A second problem with the argument (in its most common form) is the idea that later centuries invariably chastise orthodox Christians, while secular progressives are vindicated in their moral foresight. This is pure baloney.

Take slavery for example. My own conservative denomination, The Wesleyan Church, was started by abolitionists. And the practice of slavery was condemned by papal decree as far back as the 15th century(!), with a string of denunciations from 1462–1839. Samuel Sewall, a devout Puritan, penned the first American abolitionist pamphlet in 1700. And all of this while Enlightenment luminaries like Hobbes, Voltaire, and Montesquieu defended slavery on “rational” grounds.

While every tradition has its skeletons, let’s not pretend that so-called “progressive” or secular ideas have, in general, faired better. History is more complex than that.

3. History Does Not Always Move Toward Perfection

A third problem with the “wrong side” argument is the faulty assumption that the passing of time invariably moves human culture toward wisdom and justice. This too is false.

While racism, sexism, and bullying are increasingly (and rightly!) condemned, other maladies grow untended in the modern garden. Two hundred years from now, perhaps a more advanced society will find it barbaric that we slaughtered babies in the womb. Or they may not. History is hardly an uninterrupted march from evil to good, darkness to light, ignorance to insight. The notion that it is such is what C.S. Lewis called “chronological snobbery.”

A further irony of this overly optimistic eschatology of ethics is that it is nothing new. The Enlightenment and the rise of science also promised “progress” toward a peaceful utopia.  What came instead was the bloodiest century in human history. Beware the myth of progress.

Fourthly, the “wrong side” argument proceeds on the false assumption that the speakers actually know the future, which of course they do not. In short, it presumes omniscience.  This, however, is the gambit of psychics and soothsayers, not that of serious argument.

In fact, the meme is not an argument at all, but a predictive threat that hinges on the possibility that “a hundred years from now, you’ll look really silly.” Perhaps so; but we need evidence, not mere assertions from a non-existent crystal ball.

5. History Will Be Judged by History’s Lord

Fifth, and by far the greatest problem with “wrong side” threat is the omission of key player: history’s Lord. For Christians, we believe that God alone occupies the judgment seat of history. And this should make us both confident and humble.

We must be humble enough to recognize our own fallibility, and to resist the temptation to do God’s job of judging the world (1 Cor. 5). Yet we must also be confident in the light given to the church in Christ, the Spirit, the Scriptures, and yes (albeit secondarily), in tradition.

But what of our introductory statement about a history written by the victors?

This too is a common claim that is meant to challenge the validity of historical pronouncements on past events. Indeed, as the movie Braveheart claimed: “History is written by men who have hanged heroes.”

Once again, it is hardly true in any absolute sense. (I work down the hall from an historian who assures me he has hanged no one. I believe him, cautiously.)

Still, few have seemed to notice that this postmodern argument (of history being written by the victors) sits ill at ease with its common compatriot: the “wrong side of history” threat.

Here’s the problem: If history’s moral judgments are the unjust product of the victors’ power plays, then why trust them? If history is written by “those who have hanged heroes,” then perhaps the “wrong” side is actually closer to being right! Perhaps, as some suggest, justice lies more on history’s underside.

If this is so, then Christians have yet one more reason to discard the moral shaming of the “wrong side” argument.

For in a bit of beautiful irony, we believe that history’s crucified victim is also its great victor. The Lamb who was slain is seated on the throne, and his word is weightier than the shifting sands of public opinion. His verdict (not that of “history”) matters most.

Why the "Wrong Side of History" May Be Right (Sometimes)