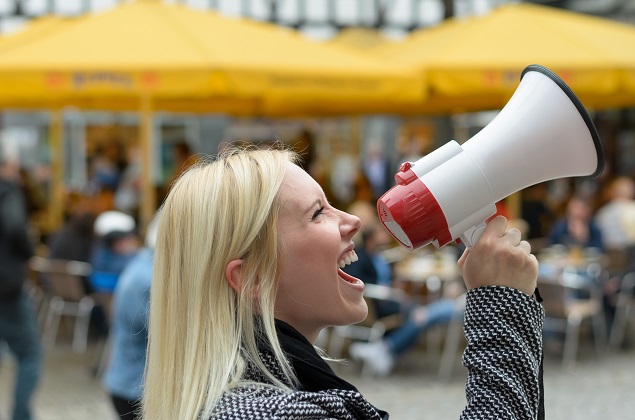 On the day following the presidential inauguration, people came out in record numbers to speak out against the Trump presidency. Here in Boston, as well as in many major cities around the country, hundreds of thousands of people gathered in public spaces, marching for the things they believed in. On the evening following the women’s march in Boston, I was walking downtown and decided to take a look at the common to see the aftermath of our city’s protest. To my surprise and delight, the crowds had left their signs behind. It was not a haphazard littering, but a careful and organized display of everything the protest stood for: solidarity, unity, visibility for the marginalized and neglected. Every sign was visible, lined up edge-to-edge along the fence and lining the pathway for all to see as if to echo the cries of the protest, “We’re here! Our voices matter! We stand together!” I was deeply moved by this massive display of passion and resistance. The signs were creative, colorful, loud, and thoughtful. Some were whimsical expressions of resistance, others thoughtful quotes from famous leaders of past resistances. Above all they were full of passion and life.

As I turned a corner my perspective shifted. Down the next path were thousands more, and I could not see where they ended. What I had seen had been a mere fraction of the total. A chill went down my spine. The sheer quantity of people at the protest and the left-behind signs made me stop in awe as I thought about our country, our passionate citizens, and the freedom we so easily take for granted. I heard from people who attended the protest that there was a palpable sense of camaraderie throughout the day as people came from all around New England and gathered on the common together.

Since that day, we’ve seen dozens more protests around the country. We’ve seen protests against the recent immigration ban, marches in solidarity for the sanctity of life, a renewed resistance to protect the environment by protesting the Dakota Access Pipeline, vocal opposition to the infamous border wall, solidarity around sanctuary cities to welcome immigrants and refugees at airports around the country. We can’t help but remember the recent history of protests against police brutality, Black Lives Matter, Occupy Wall Street, and if we reach farther back we see flashbacks of Martin Luther King Jr. and the civil rights movement, women’s suffrage, and many more noble causes.

What does this have to do with worship?

Let’s remember what worship is. Worship is not just singing songs and hearing sermons, though those are the forms our worship often takes. Worship is not just praying together or receiving communion, though these forms are good and remind us of our union with each other and with Christ. Worship is ultimately a protest against evil, sin, and death. When we worship, we bring our weary, desperate souls together in solidarity as we long for justice, peace, and life. It is a protest infinitely more important than any earthly cause, because, while we don’t know the timing, we do know the outcome. God has told us. Whether the current state of our country has brought you fear or hope, heartache or joy, anxiety or relief, or even – perhaps the worst of them all – apathy, remember these words from Isaiah 60:

I will make peace your leader
and righteousness your ruler.
Violence will disappear from your land;
the desolation and destruction of war will end.

Your sun will never set;
your moon will notw go down.
For the Lord will be your everlasting light.
Your days of mourning will come to an end.

This is what we’re fighting for: God’s Kingdom fully realized here on earth, a restoration of Eden’s paradise, and each one of us a new creation. While we don’t always know our role, we do know that we all have a part.

Don’t hear me wrong: be an activist. Speak out against injustice and make your voice heard. God has and continues to use people and protests to bring about restoration and justice in this fallen world. But remember that we have fifty-two protests a year at millions of churches across the globe. Fifty-two opportunities to plead with the highest authority together with one voice, and to rally our troops as we sing some of the best protest songs:

Lead on, O King eternal, the day of march has come;
henceforth in fields of conquest your tents will be our home.
Through days of preparation your grace has made us strong;
and now, O King eternal, we lift our battle song.[1]

This is more than a political march. This is full blown civil war and we are camped out on enemy territory. And before you shy away from this war imagery, remember that this battle is not won through violence, but quite the opposite:

Lead on, O King eternal, till sin’s fierce war shall cease,
and holiness shall whisper the sweet amen of peace.
For not with swords’ loud clashing or roll of stirring drums
with deeds of love and mercy the heavenly kingdom comes.

Think back to the protests on January 21st. Think of the images you saw of hundreds of thousands of people marching together. Maybe you were there yourself. Think of the power that comes when the crowds chant or cheer together. Now imagine if the protests were just a couple hundred people. Would the media see it? Would it show up on social media? Would anyone care?

The devil wants to tell us that our worship doesn’t matter, and that worship’s purpose is simply to make us feel better or smarter or more holy. If we come to church to get a spiritual “fill-up” until next Sunday, then our attendance doesn’t matter, we might as well stay home and listen to a sermon on the couch, and the devil has won.

But our worship is not about us. It’s about raising our voice together as we point to God, the only one who has the power to bring about rebirth and restoration. It’s about, as one Anglican baptismal rite reminds us, how we protest, resist, and renounce “Satan and all the spiritual forces of wickedness that rebel against God” and “the evil powers of this world which corrupt and destroy the creatures of God.” And yes, it is about showing up and shouting out with our whole self, engaging our mind, body, and even our emotions.[2]

The Lord hears his people when they call to him for help.
He rescues them from all their troubles.
The Lord is close to the brokenhearted;
he rescues those whose spirits are crushed

As we worship each Sunday, I pray God would remove any fear, anxiety, sadness, and most of all apathy from our hearts and from the hearts of our congregation. I pray we would remember just what it is we are fighting for, and by doing so we would show up with our whole selves.

A few weeks before the election, President Obama charged an impassioned crowd by saying, “don’t boo; vote!” To that I would add, “don’t just vote, don’t just protest; worship!”

[2] for similar thoughts on worship as protest see: http://www.christianitytoday.com/ct/2017/january-web-only/how-lifting-my-hands-in-worship-became-my-protest-to-god.html