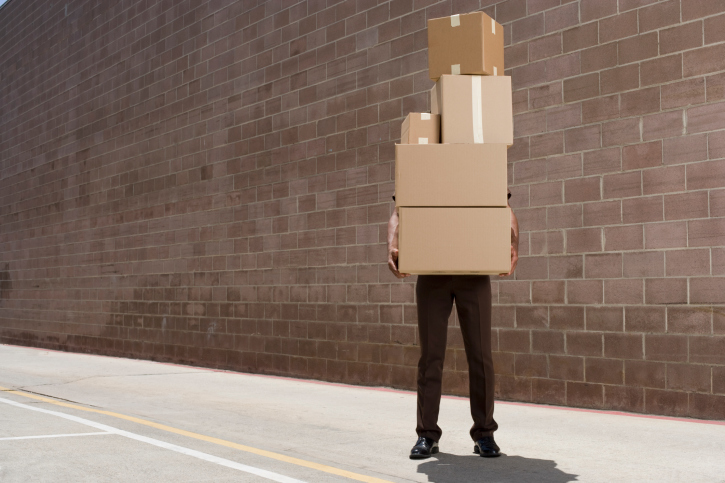 It’s the season when a lot of pastors around the country and across denominations are on the move to a new pastorate, and even if you’re not currently packing boxes, there’s a chance you’ve at least thought about moving on at some point. Whenever that chronic conflict arises, or we get tired of dealing with the same old stuff year after year, the thought of leaving for greener pastures is always a temptation. In my United Methodist tribe, this means checking the list of appointment openings this time of year and then going to the Conference Journal to see if “moving up” will garner you more money, more prestige, and more people who you believe will absolutely adore you, unlike the people in your current church.

But leaving is rarely the solution to the angst that plagues us. Yes, there may be times that the situation calls for it, but much of the time, the thought of leaving comes from some false assumptions. To wit, consider these 5 bad reasons for leaving your church:

Clergy are often a needy bunch. We need approval, and we want people to like us. But have you noticed in your reading of Scripture that the prophets, the apostle Paul, and even Jesus all had the same popularity problem? Poking at people’s idols and calling them to repentance and discipleship isn’t a recipe for collecting fans. If you’re preaching biblical truth and speaking it in love, not with vitriol, you will still encounter those folks who hate your guts. In nearly every church I’ve served there have been people who showed up every Sunday just out of spite. When I first started out in ministry, there was a lady who used to sit in the back pew with sunglasses on and just stare at me through the whole service with utter contempt. I had another guy tell me after a Christmas Eve service that I had ruined his Christmas because we didn’t sing “The First Noel” as the second hymn. Actually, that’s pretty minor compared to being beaten and thrown in prison or being nailed to the cross, but you get the point.

Edwin Friedman once wrote that if people are calling you names, it just might be because you’re doing something right as a leader. Jesus said that it’s a blessing to be reviled on account of him. Don’t be a jerk, of course, but don’t put too much stock in needing people to like you. Always keep in mind that God’s Word doesn’t return empty, even when the stares you get sometimes are emptier than a bowl of pudding at a potluck. Your approval rating with God is what counts!

Eugene Peterson, in his marvelous book, Under the Unpredictable Plant (which should be required reading for every pastor), calls this “ecclesiastical pornography.” I think that’s one of the reasons that many conferences that clergy go to are actually unhealthy for us. They make us believe that where we are isn’t where we should be. I was at a Willow Creek Pastor’s Conference one year, and as I walked around that massive facility with escalators, numbered seating sections on three decks, and a book store bigger than a Barnes and Noble, I said to a colleague that every pastor here is thinking the same thing: “I could do this.”

Like Jonah, however, the majority of us are called to go to Nineveh: “a site for hard work without a great deal of hope for success, at least success measured on the charts.” But, also like Jonah, many of us would rather be at First Church Tarshish, for there “we can have a religious career without having to deal with God” (p. 16). It’s not about the size of the church; it’s about the size of our faithfulness to God’s call.

You want to be at a large church? Spend less of your energy pining for one and get busy making the church you’re currently serving look like the church you’ve always wanted to serve!

Ministry is exhausting. There’s nothing that will change that fact, including a change of location. When I think about the relentless march of Sundays, I always think of this clip from Seinfeld, where Newman describes why postal workers sometimes flip out:

If you substitute “mail” for “Sunday,” you’ve got the pastoral dilemma. Sunday comes every week without fail.

There are lots of resources for pastors who are burned out and used up. I like the old Methodist description of retired pastors as “worn out preachers.” We all get there at some point.

Besides the obvious self-care needs, however, we have to always keep in mind that ministry will never be “done” until the kingdom comes. It’s a long, slow movement in the same direction. Think about it–even Jesus only had to do this for three years (at the end of which he got crucified, so that’s not the best analogy, I concede). Many of us will serve much longer, and we have to think about that constant, day-to-day service as a subversive act in a world where everything flips over and changes at a breakneck pace. We don’t have to keep up with the world, or even with our churches. Instead, we’re called to day-to-day faithfulness with the resources (including the physical and emotional resources) God has given us.

In some old school clergy circles, it was de rigueur to go through a three to five year cycle of sermons and then either repeat them or simply move on and take them to another church. If you’re a lectionary preacher, you’ve already got a three-year cycle in place. No matter who you are, however, there comes a point at which preaching about Christmas every year for decades can make one batty. It’s easy to think that you’ve run out of ideas or that you’ve said the same thing too many times. Indeed, most of us have about three sermons that we preach, just in different forms every week.

But if that’s the case, then it behooves us to make sure those three sermons are good ones, grounded in the truth of the gospel and in the reality of the in-breaking kingdom of God. Running out of ideas would seem difficult when the treasure trove of Scripture is inexhaustible. If you’re thinking of leaving because you’ve already preached all your best stuff or used up all your ideas for discipling people, don’t do it before you’ve consulted two very important sources:

a. The Holy Spirit. If we’re struggling for what to say or do in ministry, there’s a good chance that it’s because our prayer life is non-existent. If, as Jesus said, the Spirit is a constant advocate who will give us the words, then we ought to see infinite possibilities in our preaching and leadership. Praying pastors are staying pastors.

b. Your library. It’s amazing to me that many pastors have essentially stopped learning. John Wesley told his circuit-riding preachers that they should read for five hours a day. The more you read (meaning the more good books you read) the greater the resources from which you can draw. I’m convinced that my book budget is the most important money that I spend. Without learning, we become stagnant and stale, not only to ourselves but to our congregations.

Yes, it’s hard to deal with Christmas every year, but I have found that every year, without fail, there’s something new to say. This is one profession where you don’t need to recycle old material because there’s always something new!

Chasing after more salary is a temptation for all of us. The United Methodist Church has a practice of publishing clergy salaries in the Conference Journal, which means that every pastor in a particular conference knows what every other pastor makes and what a particular church might pay them if they go there. I think this causes more pathology in clergy than anything else. We compare ourselves to others, think we deserve better, and jump at the chance to drive a better car, live in a better house, or fatten up the retirement plan for future travel to exotic places.

It’s easy to think that changing churches will result in a financial windfall, and I’ve known people who’ve taken appointments just for the salary increase. I’ve been tempted to do that myself, particularly early in my ministry. But as the great Methodist missionary E. Stanley Jones once said, “There are two ways to be rich: one in the abundance of your possessions and the other in the fewness of your wants.” Yes, we deserve a living wage–even Jesus says that the worker needs to be paid. But how much is enough?

Instead of looking at the salary tables, it’s best to focus on what you have. Are you making, saving, and giving all you can right now, as John Wesley said? Are you dealing with your finances in a way that reflects stewardship of God’s resources? Are you leading your congregation by example in your generosity? If none of those are true, then you probably need to stay in place until they are!

Sometimes we do need to leave. I wrote a book on clergy transitions just for that occasion. But before you go, make sure your motives reflect the ethics of the kingdom–and make the place you are the place you’ve always wanted to be!

Looking to make a smooth pastoral transition? Get help from Bob Kaylor’s, Your Best Move Now: Effective Leadership Transition in the Local Church.