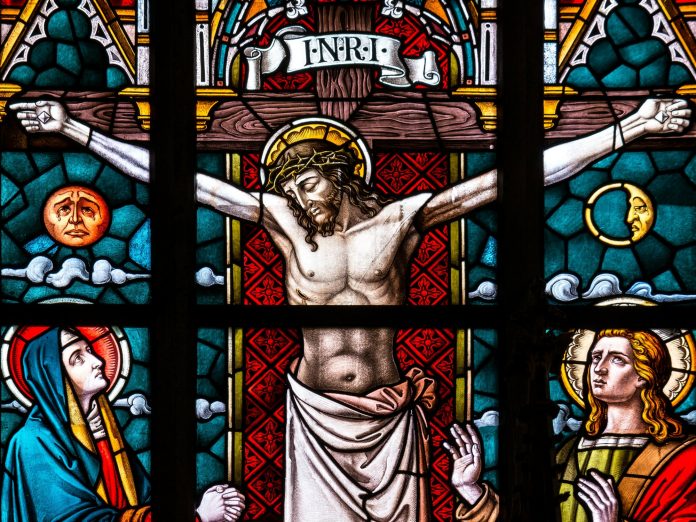 1. Jesus identified himself with Yahweh, the God of the Mount Sinai covenant. This was the equivalent of blasphemy for the Jews, who believed God’s holiness precluded what would come to be known as the Incarnation (John 1:1; Philippians 2:9-11; Hebrews 1:3). Read more here.

2. Jesus the Messiah died the death of a common criminal. Instead of leading a rebellion against Israel’s Roman overlords, he gave himself up to be crucified. This meant that the Christ (messiah) didn’t fulfill his messianic expectations, at least as they were popularly conceived (Isaiah 52:13-53:12; Acts 1:6; Philippians 2:8).

3. Jesus broke with the purity codes of the Pharisees. He came in contact with, spent time with, and ministered to the sick and the sinners. Rather than draw boundaries between clean and unclean, in his life, death, and resurrection God made all things clean (Matthew 15:18-20; Acts 10:15).

4. Jesus discipled and befriended women as part of his most intimate circle. Mary, Martha, and other women were the first witnesses to the resurrection and their testimony was accepted as true. This elevation of women’s status was remarkably counter-cultural (Luke 8:1-3; 24:1).

5. Jesus challenged and reversed the honor codes of the Greco-Roman world. According to worldly standards, seeking honor, which was believed to be a limited good, should be the aim of any leader. Instead, Jesus engaged in what was considered shameful behavior, and so reversed the church’s values (1 Corinthians 1:27; Hebrews 12:2). Read more here.

6. Jesus broadened the scope and purpose of charity. He modeled and taught to love not only neighbors, but our enemies, and for the poor. Non-reciprocated gifts were virtually unheard of in the ancient world, and the church learned this task from its Lord and so revolutionized western values (Matthew 5:43-48; Romans 12:20). Read more here.

7. Jesus imparted the Holy Spirit and so empowered holy living. Jesus did not just preach a new moral standard to which humans must aspire. Rather, after Jesus ascended to heaven, he gave the church the gift of the Holy Spirit, who transforms lives, makes new creatures, and empowers holy living (Romans 8; Galatians 5:22-25). Read more here.