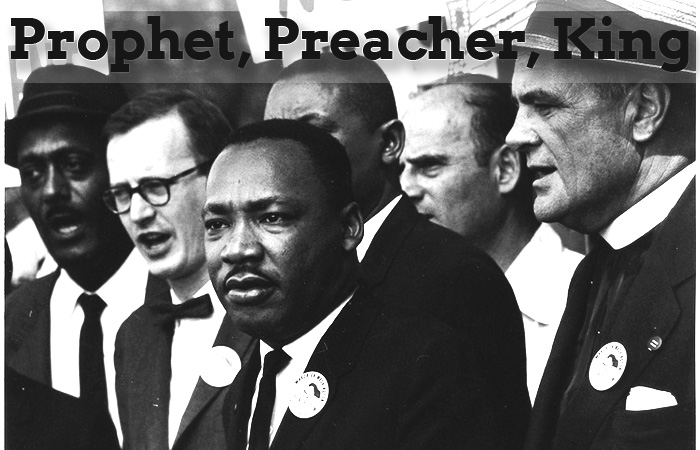 The prophet of the speaking God fashions worlds with words. With his discourse he defies the deadening dominance of the royal consciousness of his age. With his exposition he exposes the avaricious adulteries of atrophied religion. His speech subverts strategies of social oppression and subjugation. But the prophet communicates more than criticism, for denigration is merely his device for deconstructing the dominant, or royal, consciousness.

While his utterances undermine the unfounded claims and unfair policies of the dominant consciousness, the prophet passionately proclaims the possibility of hope and an alternative reality where God, as opposed to government, reigns supreme. He declares not only the downfall of the hegemonic, but heralds an expectation of emancipation and justice. He may speak to subvert, but he subverts to set free.

Aside from certain faith communities which consign prophetic discourse to the distant past, the collective memory of American Christianity recalls no greater prophet than Dr. Martin Luther King, Jr. He not only criticized, but he energized. He fashioned worlds of liberation and reconciliation in a culture that gave mere lip service to such notions. In this one nation “under God” the prophet, King, called for more than merely a modification of the dominant regime; “his concern was with the consciousness that undergirded and made such a regime possible.”[1] In other words, King possessed what Walter Brueggemann calls the “Prophetic Imagination.”

The chore of this blog series is to implement Brueggemann’s image of the prophetic imagination as an instrument of insight into Martin Luther King, Jr. as a preacher/prophet. I will explore his environment as a formative agent in King’s prophetic development, as prophets naturally inhabit “subcommunities that stand in tension with the dominant community in any political economy.”[2] Inherent to this exploration will be an examination of King’s performance of the two main prophetic errands: criticism and energizing. In these performances King presented the indispensable verbal symbols which penetrated the deepest shared memories, not only of African Americans, but of a nation. By employing these rhetorical symbols as a means of reviving hope, King shaped the consciousness of a people and redefined reality.[3] Finally, the end goal here does not lie in saying anything new or unique about the life of Martin Luther King, Jr. It merely lies in offering a different lens through which we might see him, not primarily as a social activist, but as one who descends from the family tree of Jewish and Christian prophets.

Stay tuned for the rest of this series, posting weekly on Tuesday.

I should note from the outset that I am deeply indebted to numerous sources. While the idea of examining King through the lens of Brueggeman’s Prophetic Imagination is mine, I relied quite heavily on other works on the life and preaching of King. Of my sources, I want to especially draw attention to Richard Lischer’s work, The Preacher King: Martin Luther King, Jr. and the Word that Moved America. Lischer’s work drew my mind and heart to deeper connections than I could’ve achieved on my own. Let this series, really, be a primer to go read his book.