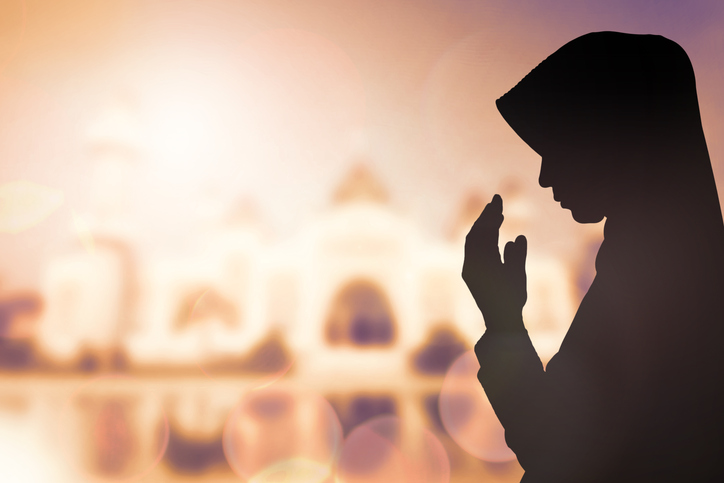 It was the month of May when my colleagues and I arrived, and it was as hot as one would expect during a South Asian summer. The bustling city to which we’d just arrived was not majority in Muslim population, but they formed a significant minority there, many concentrated in particular areas and neighborhoods. Aside from it being hot during the day, it was also the Muslim fasting month of Ramadan, referred to in much of South Asia with the more Persian pronunciation of Ramazan, and one could feel a certain tension in the air as we walked through these neighborhoods during the daylight hours of fasting. Later, we were advised that it would be wise to plan our annual vacation to coincide with Ramadan, as people were considerably less open to discussing the Gospel during this time of the year. “Fasting together,” we were told, “unites them, and since we are not fasting, we are outside of this unity, and they are disinclined to listen.” How were we to respond there, then? How should people who love and follow Jesus respond generally to the challenge of Ramadan?

To grasp the importance of Ramadan in the Muslim community, it would be helpful to briefly examine the origin of this observance in Islam, and its meaning for Muslim people. In orthodox Islam, fasting, or sawm (in Persian, roza) during the month of Ramadan is considered one of five practices, sometimes referred to as pillars of Islam. The other four of these are the confession of faith, ritual prayer five times per day, the giving of alms, and pilgrimage (hajj) to Makkah (Mecca) at least once during a Muslim’s lifetime. These are considered fard al-ayn, the performance of which is considered a legal obligation for individual Muslims.[1] Performing these is considered a necessary compiling of merit toward salvation on the Day of Judgment[2]; a “protection from the fire.”[3] On the other hand, this is balanced out by comments of some of the more mystically inclined Muslim figures, such as Sharafuddin Maneri, a late 13th – early 14th figure in eastern India. Maneri wrote to a disciple of his that, “It is obligatory to fast in the month of Ramazan, but this observance could, on occasion, be prohibited. If someone is sure…that by fasting and not taking medicine he would perish, then he would be obliged to eat.”[4]

Origins of fasting in Islam

Muhammad’s tribe, the Quraysh, fasted on the 10th day of the month of Muharram.[5] This was influenced by the Jewish fast of Tzom he ‘Asor (Heb., “fast of the 10th”), or Yom Kippur (“day of atonement”), which was (and remains) on the 10th of the Jewish month of Tishri. According to Sahih Muslim (one of the most important collections of Hadith, or Muslim tradition), when Muhammad came to Madinah, he observed the Jewish community fasting on Ashura, as his own tribe did (perhaps without realizing the likely Jewish connection). When he asked them why they fasted, they replied, “This is the day on which God gave victory to Moses and the children of Israel over Pharoah, so we keep it as a fast to honor it.” Muhammad replied, “We are more worthy of Moses than you are,” and instructed the Muslims to observe a fast on the same day – making it optional only with the shift to fasting during the month of Ramadan.[6]

Basis of Fasting in the Qur’an

The primary text in the Qur’an on which the practice of fasting during Ramadan is in the second surah, or chapter, Al-Baqra 2:183-184: “Believers, fasting is decreed for you as it was decreed for those before you perchance you will guard yourselves against evil. Fast a certain number of days, but if anyone among you is ill or on a journey, let him fast a similar number of days later; and for those who cannot endure it there is a ransom: the feeding of a poor man. He that does good of his own accord shall be rewarded; but to fast is better for you, if you but knew it.”[7] Notice here that it is not merely rule-keeping, but has a purpose related to encouraging self-control; also the allusion to Jewish and Christian fasting (“as it was decreed for those before you”). Consider and compare with this the words of Isaiah 58. Maneri, in effect echoing this, wrote, “…it is good to adhere to the measure of fasting, ritual and … prayer you are accustomed to, but no work will be more profitable for you than that of bringing comfort to hearts.”[8]

The great Sunni Muslim theologian, Abu Hamid al-Ghazali (d. 1111), in addition to the external rigors of the fast of Ramadan (abstaining from all food, drink, smoking, or sexual relations during daylight hours), described internal duties which should likewise be observed. Ghazali goes on, however, to state that “many get nothing out of a fast except hunger and thirst.” He even saw fasting as a form of spiritual warfare, describing it as “primarily a method of subduing Satan.” Ghazali warned against sinning with the eyes of covetousness or lust and keeping the tongue from backbiting and slander.[9]

This attitude of seeing fasting as a means of purification and of drawing closer to God is shared by some other writers, too. Turning once again to Maneri, we observe that in his own language he wrote of promises regarding the divine reward to those who fast. Nonetheless, his emphasis was not simply on “avoiding hell,” but rather meeting, seeing and uniting with God. Maneri wrote, “The man who fasts experiences a twofold joy: breaking the fast and seeing God.”[10] He expressed elsewhere that, “Just as prayer and fasting are external obligations, so too are affectionate love (muhabbat) and passionate love (ishq) internal obligations…[ishq] is a sign of life, while its absence is a sign of death.”[11] Even today, there clearly there are many in the house of Islam who are turning toward God, drawn by God’s prevenient grace.

What is the Purpose of Ramadan?

The celebration of Ramadan in Muslim tradition is connected with the “revelation” of the Qur’an to Muhammad. Surah Al-Qadr (97) is often understood as being about the initial “descent” of the Qur’an to Muhammad, and of the “Night of Power” or “Night of Glory” (Laylat ul-Qadr): “We revealed this on the Night of Qadr. Would that you knew what the Night of Qadr is like! Better is the Night of Qadr than a thousand months. On that night the angels and the Spirit by their Lord’s leave come down with each decree. That night is peace, till the break of dawn.” Traditionally, the final verse of this is understood to describe the descent of the angels (and perhaps God) once a year, writing the destiny for the year ahead for each person, with night prayer and recitation vigils, as well as folk practices and beliefs of various sorts.

In recent years, however, some scholars have speculated that behind the Arabic of this brief, early surah may be a text related to the Annunciation of the birth of Christ.[12] Factors include the feminine gender of “night” in Arabic, possibly alluding to Mary, and the angels and the Spirit descending. There is one other connection, too, which is that in Sunni Islam, the Qur’an is regarded as being uncreated (ghayru ‘l makhluq),[13] co-eternal with God. This having been noted, Ramadan is thus a celebration of the initial “descent” of the Qur’an to humankind, thus analogous to Christmas: Celebrating the coming of the Uncreated Word!

Contrasts as Well as Parallels

While we see some beautiful parallels with the way at least some Muslims have viewed the fast of Ramadan, we see some contrasts, too. The most striking of these is simply the aforementioned emphasis in much mainstream Muslim literature on fasting during Ramadan as a means of accruing merit before God, even for the Day of Judgment. In some forms of popular Islam (and not infrequently, popular Christianity, too), fasting is seen almost as a kind of “hunger strike” before God, to motivate him to grant a request. Yet I recall, many years ago, meeting with a couple of Iranian believers who had just passed through a difficult set of circumstances, and invited friends and I to join them in breaking their fast – a fast which they’d undertaken in gratitude. This reminds me of the wise words of Scot McKnight on the meaning of fasting. He writes that, “Fasting is a response to a sacred moment, not an instrument to get what we want.”[14]

How Can We Respond?

One clear response which we can have to the month of fasting is to consider fasting for Muslim people and the Muslim world. This is a “sacred moment” in which many are sincerely seeking after God, and as God’s grace draws them, they can join God in crying out in prayer as well as fasting. Pray and ask that God will be glorified in the midst of the lives of Muslim people, and that they would respond to his gracious wooing. Pray that Muslim people would encounter Jesus in dreams and visions and respond to him by turning toward him in a response of faith.

With the growth of Muslim communities in North America and elsewhere, it is increasingly likely that we will find ourselves living in proximity to and working with Muslim people. This brings up another possibility – would it be appropriate to fast not only for Muslim people, but with them? For those who feel a calling to enter into this, it is not meant to be a taking on of the mindset of building “merit,” but of prayerfully identifying with Muslim friends, and seeking to bear witness to the reality of who Jesus is in our lives. As we encounter especially Muslim people who see their fast as a means of connecting with God, may the gracious, empowering Spirit of God enable us to live out the reality of the incarnation in our interaction with Muslim people. This is what my friends and I ended up doing: The following year, we joined our Muslim friends in their fast, and thus, rather than this season being a discouraging time, we saw many doors open as we entered into their unity. We abstained with them from food and drink, rising early for the pre-dawn breakfast, and breaking the fast together in the evening.[15] It gave us heightened credibility as we shared the good news of the one whose eternal Word descended, not merely as a book, but as a person.