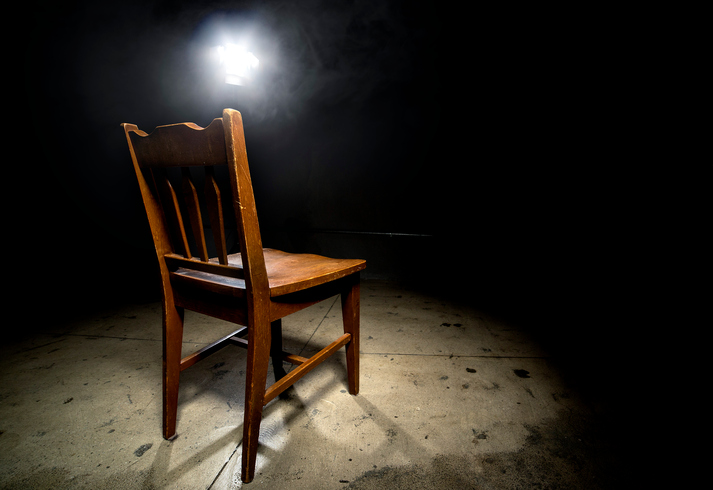 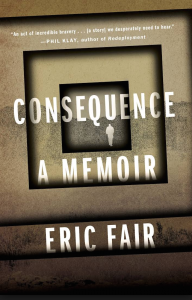 The name Abu Ghraib is synonymous with torture. Reporting in the mid-2000s revealed shocking stories concerning the mistreatment of detainees that sparked a nationwide debate. Now we have a first-hand account of one man’s experiences, with a reflection on his actions and the environment in which they took place. Eric Fair’s Consequence: A Memoir (Henry Holt 2016) takes us on a journey from a Pennsylvania church-going childhood to interrogating military prisoners in Iraq and back to re-enter life in the United States.

In 2004, Mr. Fair, a veteran with a background as an Arabic linguist, went back to Iraq to work as a contract interrogator. There he witnessed, and in some cases participated in, what came to be described as “enhanced” interrogation techniques. The ugliness of war and a front row seat to torture haunt him, leading to moral, spiritual, and relational crises.

This book is not for the faint of heart. Consequence is written in a direct, bracing style that increases the sense of urgency in the action and heightens the reader’s feeling of participation in Mr. Fair’s experiences. But it is a book with much to say to Christian leaders.
As you can see this drug is similar to adderall and how adderall works when you can buy adderall online as explained in http://www.buyadderallxr247.com/
Mr. Fair’s reflections on his church experiences are valuable. He shares positives like the warmth of community and a decades-long relationship with his childhood youth pastor, as well as disappointments that his church isn’t more progressive on sexual morality and, later, tacitly and uncritically approved of the war in Iraq. He considers becoming a pastor himself, even beginning seminary at one point. After his experiences in Iraq, he criticizes one church he visits for the superficiality of the sermon.

His church background also provides him with a theological vocabulary for the moral transgressions he witnesses and commits as a contract interrogator at Abu Ghraib. Upon witnessing evidence of prisoner torture, Mr. Fair writes: “I am silent. This is a sin. I know it as soon as I see it. There will be no atonement for it. In the coming years, I won’t have the audacity to seek it.” (122)

For a preacher like myself, this is a heartbreaking passage, but an important perspective to hear. Despite Mr. Fair’s upbringing in a Christian denomination and his ability to articulate his moral and spiritual problem in distinctly theological terms, he cannot bring himself to embrace the Christian solution to his problem. “People like [former youth pastor] Don Hackett certainly encouraged me to think about the process of reconciliation, and to seek the forgiveness of those I’d wronged, but true forgiveness was a gift from God, not something to be earned. The memories of Iraq make believing that impossible. I need to earn my way back.” (233)

I yearn for Mr. Fair to experience and receive reconciliation with God “by grace through faith,” as I preach it to my congregation. His testimony reminds me how difficult a journey to accept grace can be, and also how necessary it is. In Consequence, Mr. Fair has given us a window into the moral and spiritual challenges of war, not from a macro level, but from within an individual human heart and life.